Here they are, my first squad of little shooty guys.

This time, when I started my new tau army, I tried to do things as they should be done (IMO, of course), so I painted first of all, the two Troops squads I was going to use: one FW squad and one Kroot squad, both of them full as they come out of the box, so 12-man troop squads.

I know FW´s are commonly used as 6-man squads in a devilfish (I suppose I will be using them this way sometimes), but I wanted to paint them all and leave no mini for later, cause my lazyness will make me forget ´em, that is the way I´m painting my non-vehicle-minis in a paint-a-squad-at-a-time way.

I´ve armed them with the classic pulse rifle instead of the carbines because I´m not going to use them mainly for attack but for not-so-static-defense and in the case I´ll attack with them, they will be properly fitted inside their devilfish and dropped for rapid fire shooting or running from cover to cover behind the real attack-oriented units of the army.
Despite this, one carbine squad will be assembled and painted when i find the time to do it.

What I expect from them: A medium range unit, capable of deliver a good punch to most infantry (Str 5, 75 cm (30') range weapons able to rapid fire when in the proper range... yay), which combined with the markerlight of the leader should be a good and point per point reliable unit.
Also, as I plan to field ´em in their assigned Devilfish, I expect them to be a mobile firebase, able to claim objectives as soon (or, according to Fritz, as later) as they have to.

Here is my first squad. 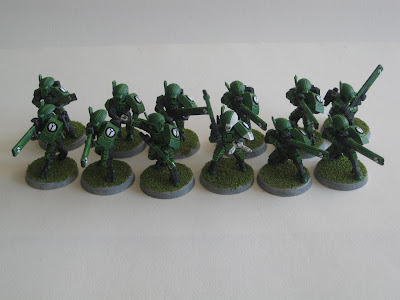 The leader and a pair of fellas, they still need some markings, that I will paint on them when I think about what markings I will be using for my army (I want some kind of army unique Tau markings). 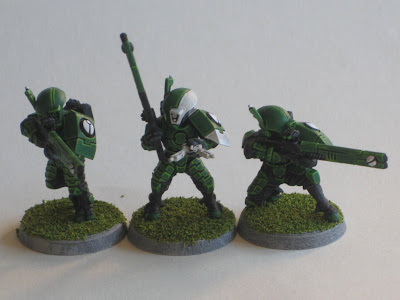 Another fella showing us his best face and the tau symbol :D 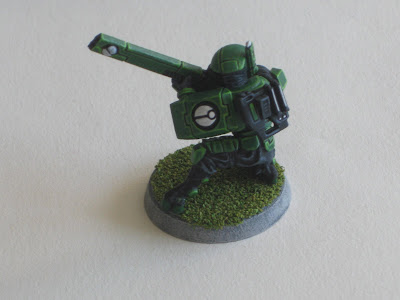 Differences between a fella and the leader (white shoulder pad and white helmet plate). 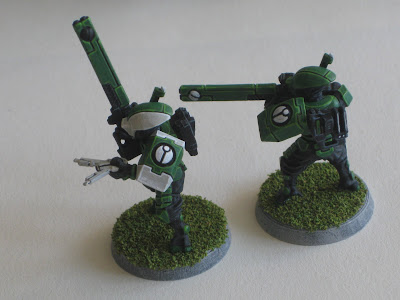 Of course, as ever... comments and critics (as well as tactics and opinions) are more than welcome.
.
Posted by Grajo at 11:00:00 AM 3 comments:

Hey, look at what came in the newsletter about 5 minutes ago... 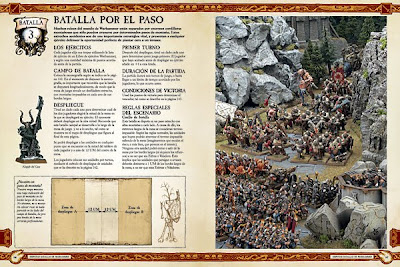 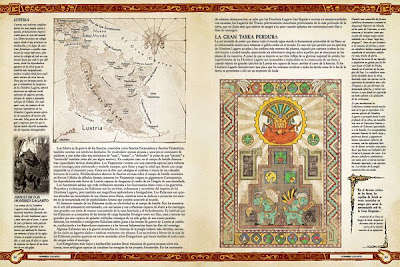 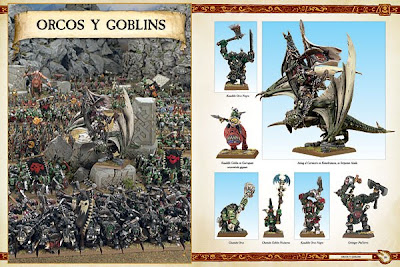 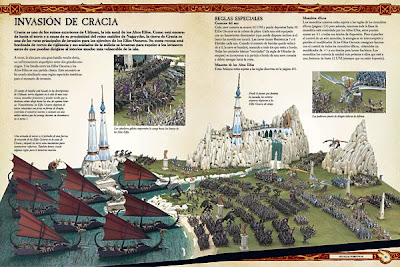 Yep, they are four pages of (what i suppose is) the big book for Warhammer Fantasy Battles.
Well presented, with huge photos of great quality and, I hope, lots of fluff inside, this book looks like a good buy... indeed I think i´ll buy this book despite we don´t play WHFB :D .
It seems the quality of GW´s books is increasing a lot at a surprisingly high speed, and apart from this... Have you seen those Dark Elves ships? And the High Elf Scenery?... impressive.
The last thing to know is what WHFB players will think about the new rules...
.
Posted by Grajo at 10:26:00 AM 3 comments:

Yeah, that´s all right and everything, but i really need standard (not veteran) shoulderpads and terminator shoulderpads...

Oh, and if you click in the new RAVEN GUARD MKIIB LAND RAIDER you can see in the description... : "A complete resin and plastic kit of the MK2B Pre-Heresy style Land Raider with Red Scorpions chapter specific doors."... i don´t know what to think :D

It´s me or it is just a regular TH gunship with some raven guard logos in it??