In the eldar army there are lot of thing that amazes me, Farseers, Warlocks, Wraithlords, Wraithguard, Striking scorpions... and war walkers.

I know people think that they aren´t the best choose point-wise, but I still like them and the huge torrent of fire they are capable of deliver.

I´ve assembled mine with multi-lasers to unleash 24 str 6 shots in a 3 walker unit, but they are eventually armed with whatever I need each battle.

Thing is I´ve played them 2 times, and outflanked them, but they came when the battle was almost finished so I haven´t time to test them properly.

They are painted in my classical shadow grey, black and white scheme. 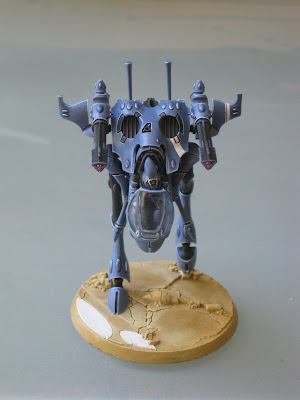 Of course they got a pair of white stripes as almos any other of my minis. 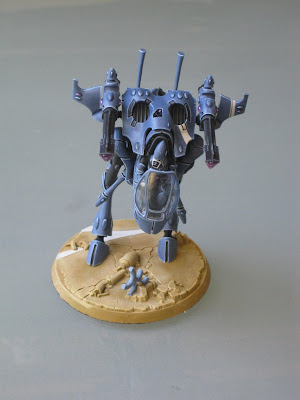 I don´t know how to finish the base, but soon an idea will come... I know. 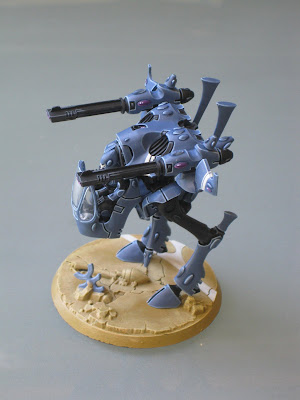 I love the new design albeit I still like the old one. 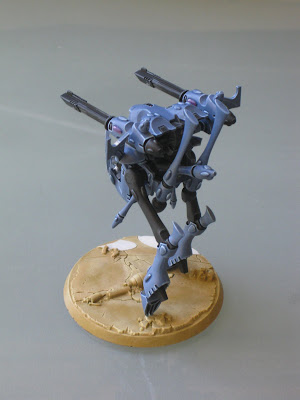 A close-up of the stripes. 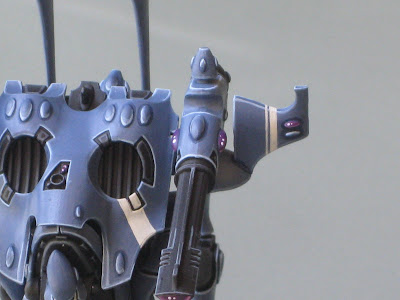 And here it is the second fire prism. 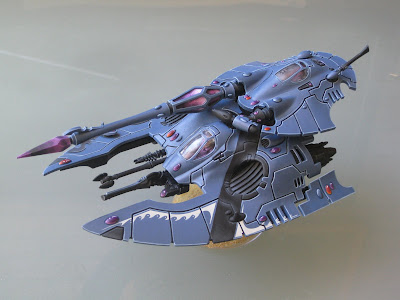 In this prism the white stripe is like a wave with a dot in each wave, don´t know where did i get the idea, but I like it so much.

And I think this stripes thing helps improve my freehanding skills. 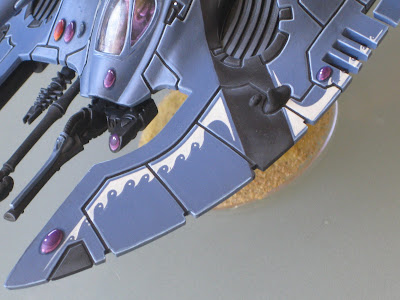 There are the two prism one besides the other. 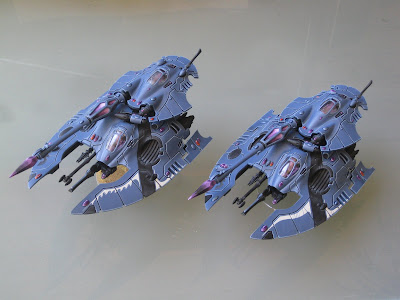 Comments and criticism will be welcome as ever.

There is my first finished eldar fire prism.

As you can see the scheme is exactly the same as my wave serpent one but with a black stripe instead of a white one. 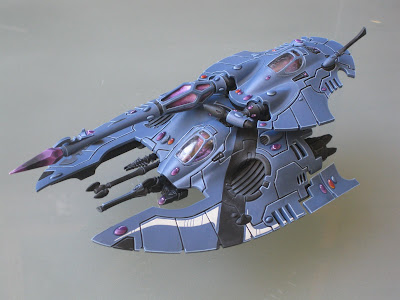 As the mini was going to be quite boring and I wanted to add some white details, so I freehanded a stripe in its side, which will be different in each prism not only to add some colour, but to diferentiate them on the battlefield.

In this prism, the strip is a plain one with some "holes" in it, that I think gives the prism kind of a unintentional "tunning" look :D 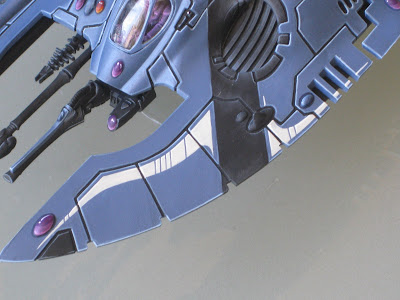 As ever, the pilot is painted as is iluminated from the control panel. 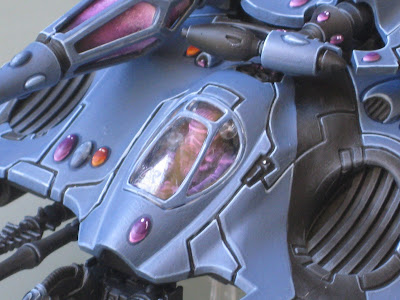 In the other side I´ve added a spirit stone from the eldar vehicles sprue. 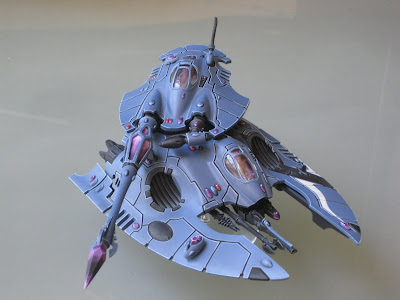 And a close-up of said stone. 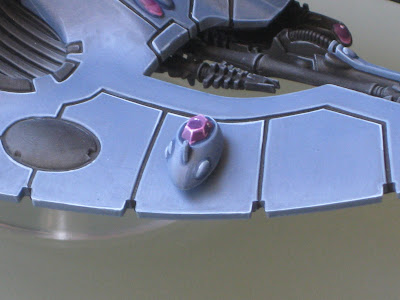 I will be posting the other fire prism soon.

Here is the prisms turret finished.

I´ve painted both turrets before going at it with the hull of the tanks.

The prism is painted as you saw in a previous post, but I still don´t know how to paint the white in the prism tip.... Jewel-like? Just in the tip? As the rest of the prism?. 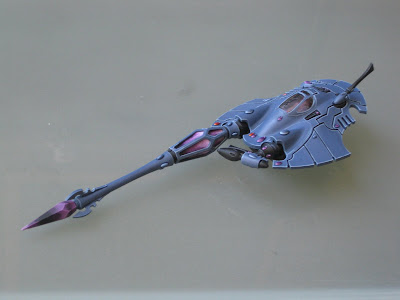 There is a close view of the prism, a part that is a huge pain in the back to glue and make it fit. 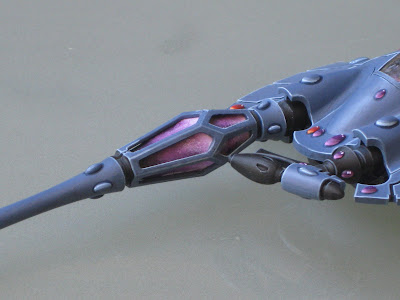 I´ve painted the cabin as I painted the wave serpent one, as the pilot were highlighted from the control panel. 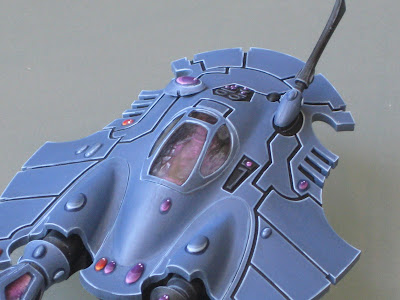 And ... there are the turrets of both prisms I´m painting. 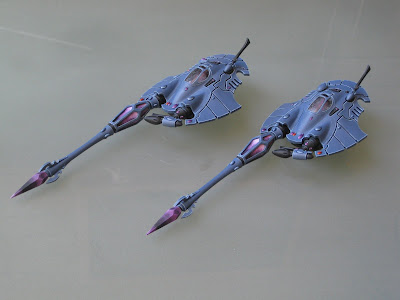 Today i´ll show you one of my current WIP´s, an autarch´s standart. 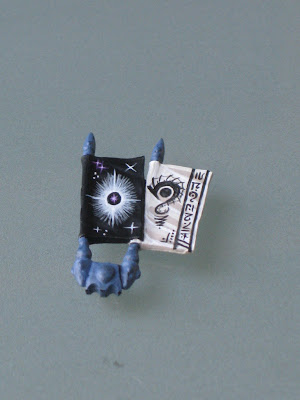 As the main colours of my army are Shadow grey wit black and white, I´ve decided to paint one banner white and one banner black so it fits the look of my army.

The first part is a depiction of a exploding star and the second is the symbol of my craftworld (a dragon around a planet) with some eldarih glyph. 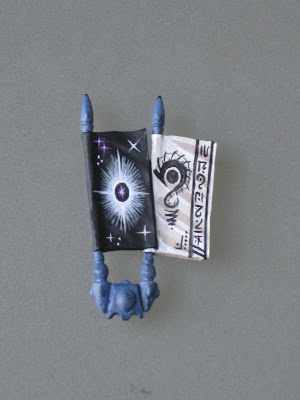 That is the actual status of the thing, because I don´t know what to paint in the other side (the side painted is the side that faces backwards). 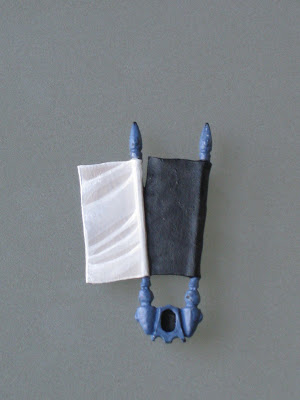 I have a little idea, and here it is.

Is a purpleish depiction of a galaxy, maybe it is the galaxy as seen by the eldar. 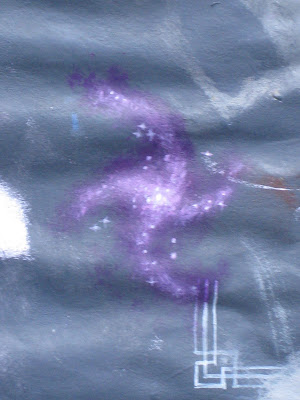 And... in the white flag of the banner? Any ideas?

And... in the other banner? Any ideas?

A glimpse on my current WIP: a pair of eldar fire prisms.
This is just the prism, I wanted to give it an uncommon feeling, kind of a trapped universe inside the prism... that is an effect I think I haven´t achieved but still I´m proud of the effect :D 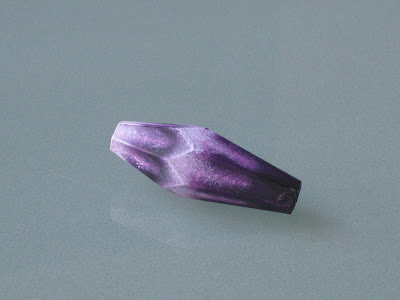 The chipped paint in the corners are where the other plastic part should be, if you prime the prism part, the kit will not fit perfectly. 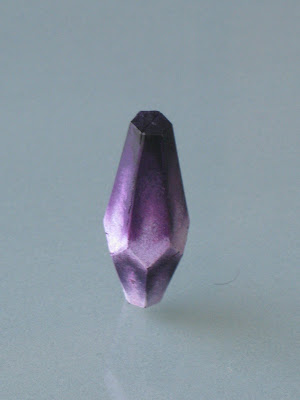